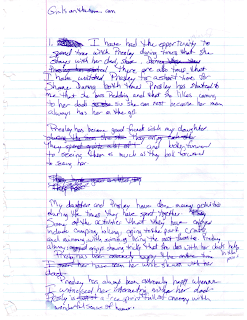 The said pedophile, aka Skye & Presley's biological father, wrote a letter (above) posing as a woman who allegedly took care of Presley while she was a child and her and her "father" lived in Redding. WHY? Why would an honest, loving, father write a FAKE LETTER POSING AS A WOMAN? Obviously, he doesn't trust that anyone around him would have something good to say about his relationship with Presley.

Also, please note the website he scrawled on the top of the page.... girls on the move dot com....I personally, have not been on the site, but an investigator who used to be on the case told me it was a Child Pornography Website.
Posted by Truth BEING Told at 11:13 PM 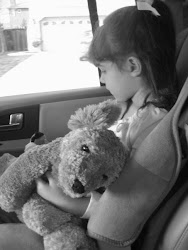 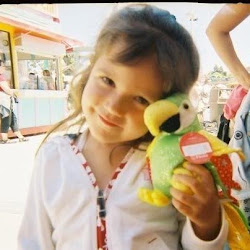